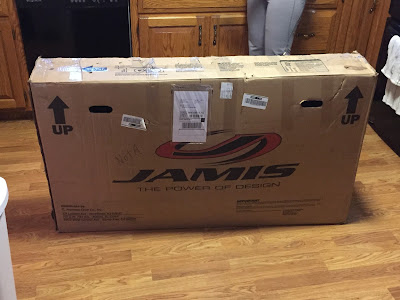 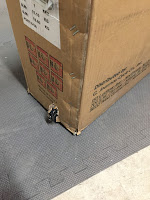 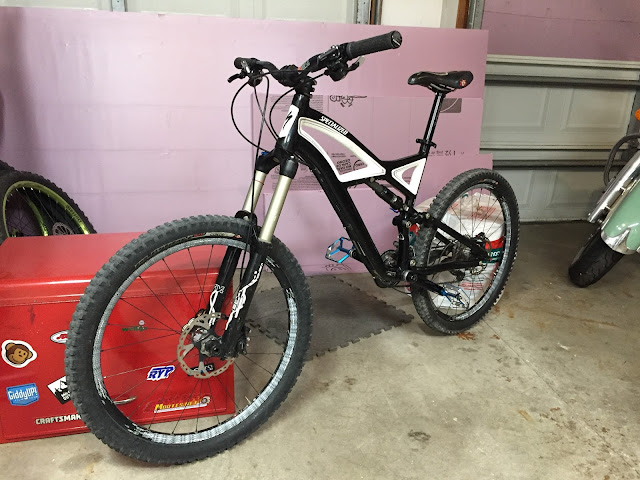 Stay tuned for more!
Posted by RallyGabe at 9:09 PM No comments:

So I wanted to do a little bike check to tell everybody about what I have been riding this year, for the most part. I have wanted a full squish pretty much from the get-go but until this last season I have not had the drive or resources ($$$) to make it a reality. I definitely do not see a full squish as a starting point for beginning riders, but once you have the basics down the compliance of full suspension sure is nice.


2013 Trek Rumblefish
picture
So I bought this bike used from a nice talkative guy on the south side of the cities. there were a few mods that he had done that I thought were useless to me but I also thought that they showed that the bike was not beat up by him. Unlike me using a bike...

So we agreed on $1100 and I took the bike home. I didn't even know how to remove the QR15 front axle that day so I tried to fit it inside the truck cab and that wasn't even close so i ended up flopping it in the back. It has since rode many miles in the back of the ole Chevy!

I took the riser post off of the fork and the silly flame grips off and returned the bike to a mostly stock configuration. I checked the pressure in the shock and fork and rode around the yard until I thought the ergonomics felt good.  I took a few bits apart to grease and check the condition of bearings but for the most part everything was in good shape if a little dusty from sitting in the guys garage for a while.

First Ride.
Myself, Bryan and our coworker and former classmate Shawn met up to ride some trails non of us had hit before. We hit up Carver Lake Park, which is awesome with great technical features for the more trialsy riders. then we went down the road to Battle Creek trails area. This was an area none of us knew and we parked at the top where there is poor trail signage. There are some wicked narrow and technical descents and sure enough I got caught out trying to keep up with those two ya-hoos.
I hit a little kicker along a bank thinking the guys had hit it and as soon as my front tire came up I regretted it, panic braked and when I came down the bike stopped and I went OTB and the bike tumbled down the trail. Unknown until a week later I bent both the handlebars and one of the saddle rails in this off.

I didn't get significantly injured, besides my pride, so I considered it a good day.

I also rode my first MTB race at Elm Creek on this bike over the summer. I didn't finish very high but I still had a blast doing it. I can see doing lots of XC on this bike but after riding it at Spirit Mountain a few times, and my experience at Battle Creek, I am not sure if I will keep it for the long haul. I will likely post a new update once that fate becomes clearer...
Posted by RallyGabe at 9:47 PM No comments:

Change comes from within

Thanks for suffering through this transformation of the website and changes to the blog. I still dont have things sorted out but I need a place to play with some new features and options. Unfortunately I am no longer able to keep the blog and youtube channel free from ads; this is simply a sad fact of life that I am not able to devote the resources to keep things going out of my own pocket indefinitely. My plan is to offer products that reflect me and the lifestyle that i promote through this blog and my youtube videos and hopefully branded items like shirts and stickers and the like. I know these are lofty dreams but you have to start somewhere!

Posted by RallyGabe at 9:30 PM No comments: